What to visit while in Naples

Visit of the Pio Monte Misericordia complex founded in 1601, one of the city’s oldest charitable organizations.  The octogonal church has on its main altar the painter Caravaggio’s famous masterpiece depicting the “Acts of Compassion”.

Then on to Spaccanapoli, Tribunali, the spiderweb alleys, Piazza of the Gesù Nuovo, the Steeple of the Immacolata and not far away is the austere church of Santa Chiara, both Gothic and Baroque in style- A stroll in the cloister of the Poor Clares is not to be missed.  Here, all of a sudden Naples becomes silent, all that commotion and vivacious singing disappears.

A Neapolitan Pizza becomes a Unesco world Heritage site as of December 2017 and distinguishes itself  from those in the rest of the world.  Now is the time to have a real Neapolitan Pizza  lunch.  This is where the Pizza Margherita named for the Queen of Italy was born. The best pizza in the world is in Naples and the reasons are many, but mainly it is “Attitude”.

After lunch we leave the alleyways of the historical center to visit the Naples of the 1800’s and have a super Neapolitan coffee in the famous Caffe Gambrinus in Piazza del Plebiscito, neoclassical in style and the largest in the city, with a backdrop of cultural events and concerts.

Turn around and see the Royal Palace  begun in the 1600’s.  What a sight all at once.

See Piazza Trieste and Piazza Trento and then on to Umberto I Gallery dating to the late 19th century, window shop on Via Roma with its stylish shops.

Then see the oldest opera house in the world, the San Carlo Theatre.

Then off to visit Posillipo for a panoramic view of the entire Gulf, Vesuvius and the islands.

See the Castel dell’Ovo, The origin of Naples, but today restaurants and yacht clubs.

This is the famous Santa Lucia waterfront. Maybe your guide will sing you the song … just ask.

From the Vigiliano Park with panoramic view, we now work our way down to Via Caracciolo along the coast road.

It is best known because of the eruption in A.D. 79 that destroyed the cities of Pompeii and Herculaneum and much more.

Mount Vesuvius is considered to be one of the most dangerous volcanoes in the world because of its proximity to the city of Naples and the surrounding towns on the nearby slopes.

In 2013 it was 4,203 feet tall. After each eruption, the size of the cone changes.  The volcano also has a semi-circular ridge called Mount Somma that rises to 3,714 feet .  The valley between the cone and Mount Somma is called Valle del Gigante or Giant’s Valley.

The volcano is classed as a complex stratovolcano because its eruptions typically involve explosive eruptions as well as pyroclastic flows. A pyroclastic flow is a high-density mix of hot lava blocks, pumice, ash and volcanic gas, according to the U.S. Geological Survey. Vesuvius and other Italian volcanoes, such as Campi Flegrei and Stromboli, are part of the Campanian volcanic arc. The Campanian arc sits on a tectonic boundary where the African plate is being subducted beneath the Eurasian plate. It is quite interesting and scenic.

There are several trekking visits one may choose from. The local wine is excellent and the food as well, so a well-deserved lunch is important.

It is method, natural local ingredients, but most of all it is “attitude”

As everyone knows, the best pizza in the world is made in Naples!

Yes, the sunshining metropolitan city in the bay of naples

UNESCO awarded world heritage status to the naples art of pizza-making on december 7, 2017.

What is the traditional neopolitan pizza?

“MARGHERITA”, THE ONE AND ONLY.

Once apon a time, a pizza-maker called Salvatore Esposito, after the Unity of Italy (1870), was to prepare a pizza for the Queen Margherita of Savoia, the Queen of the new Italy and decided to honor her by preparing a pizza with the colors of the Italian flag using white dough, red san marzano tomantoes and green basil.

Five generations later his descendants are still pizza makers and the best of all. 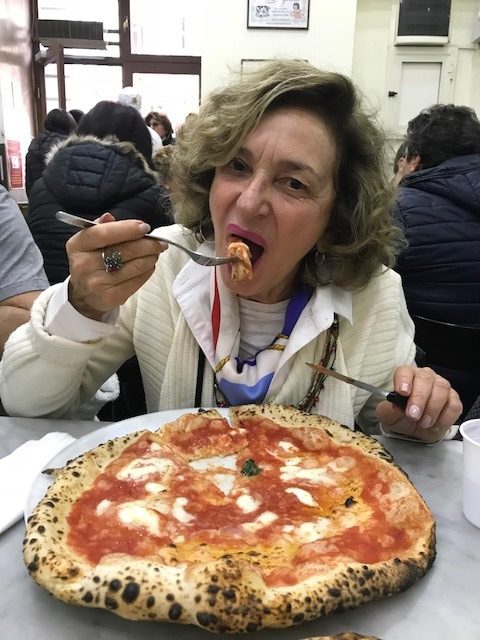 The Antica Pizzeria da Michele is situated in the heart of historical Naples an still makes the pizza in the same original way, it is the best in the world. Even Julia Roberts ate the Margherita pizza there when she was filming the movie “Mangia, Prega, Ama”, “Eat, Pray, Love”. Ready for a margherita pizza with Laila?
Just Followlaila!  My treat! 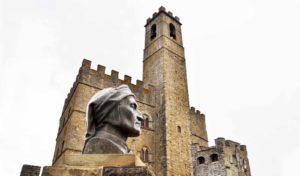 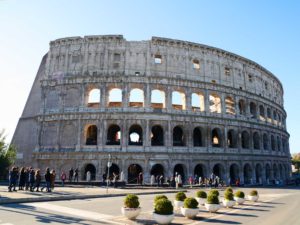 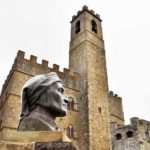 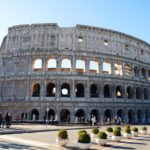